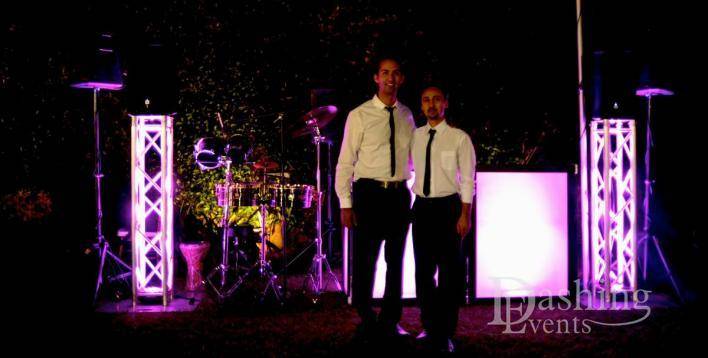 We were thrilled to have the opportunity to entertain an event in Beverly Hills. Not just Beverly Hills, but right on Rodeo Drive! The event took place in the backyard of this property, which was made private by a wall have 20+ foot trees all around.

This party as a 1 year anniversary party for a Persian-Jewish couple. There were 300 guests of mostly upper-clas Persians and a few non-persians. As such, we fulfilled the entertainment with our elegant glow booth setup and reinforced sound and percussionist. We noted that most of the guest, about 90%, were older Persians.

Our DJs know how to read the crowd, and cater to the request of the host AND read the crowd to build maximum momentum. The couple had requested mostly younger / club-oriented music, however we found that this music is not suited for the crowd.  As such, we catered to the majority for maximum crowd satifaction. All events hosts should know and respect their audience / guests and their likes because it is they who will fill the vibe of your event.